The site is where you can see traces of the Cretaceous period 100 million years ago in Gosan-gol, where you can understand the sedimentary environment around the huge lake at that time through fossils of dinosaur footprints, dry heat, and ripple marks. More than 1 million tourists visit Daegu in a year since it was established in 2017. It is a rising tour place of daegu. 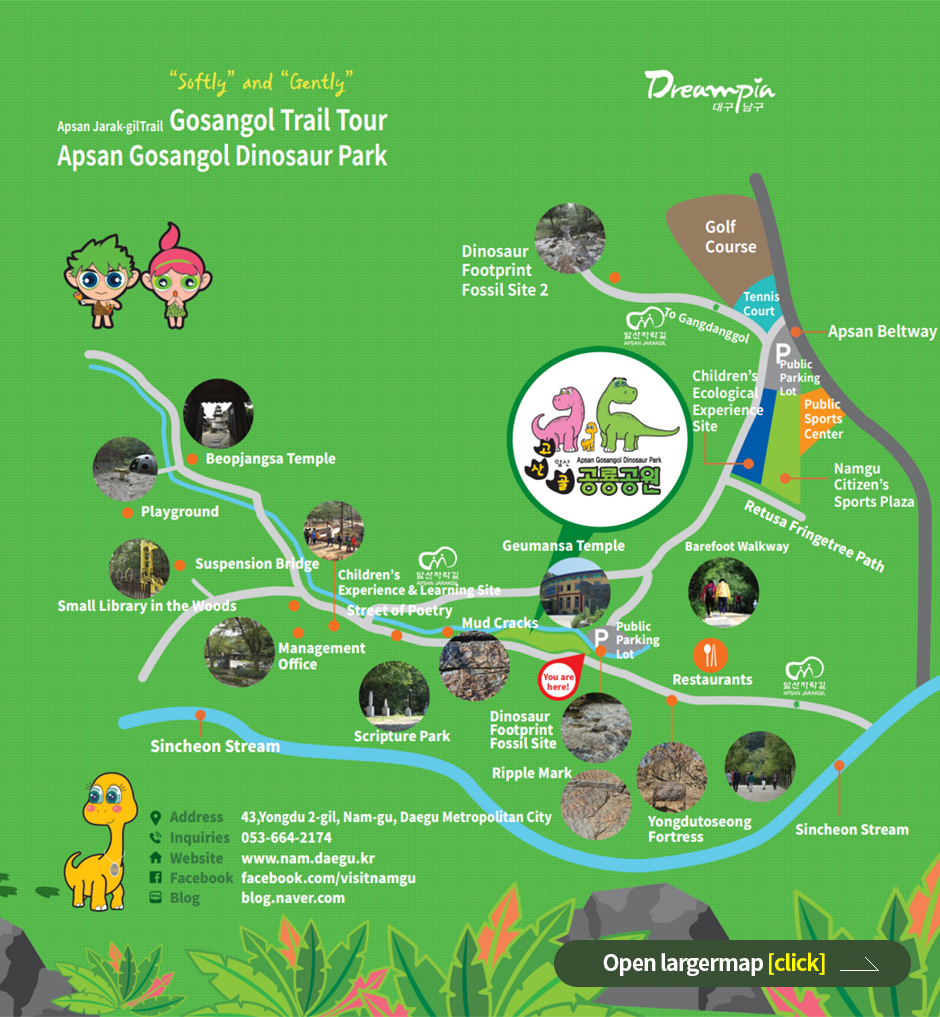